Distinguished Seminar: “Stability and fundamentals of hybrid perovskite in photovoltaics” 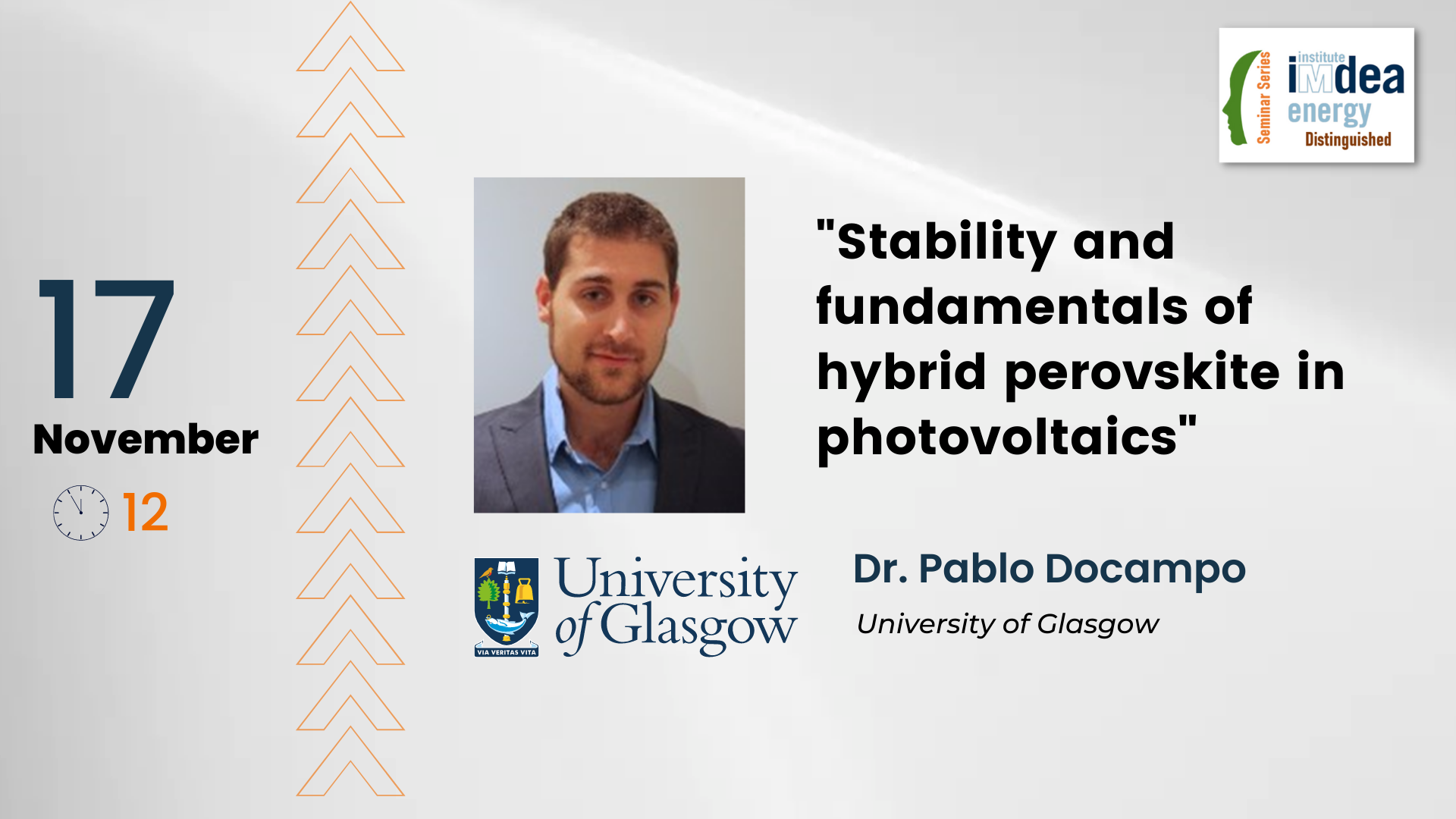 Hybrid halide perovskites combine top-notch optoelectronic properties with solution-deposition. This unprecedented combination has led to the development of solar cells approaching power conversion efficiencies achieved by industry staples such as poly-Si. The road towards these achievements has been marked by a constant improvement of perovskite deposition techniques fuelled by our increasing understanding of the crystallization processes, yet stability is still a challenge. Here, the dual ionic-electronic conductor nature of the materials poses a particular challenge. On the one hand, ion vacancies catalyse degradation and make perovskites particularly susceptible to moisture. On the other hand, ion accumulation at interfaces blurs interface energetics, giving rise to ‘hysteresis’ and making data interpretation from electronic measurements complicated. In this talk I will showcase some of our contributions in the degradation mechanism arena, how a popular strategy of incorporating layered perovskites as a ‘hydrophobic’ layer, in fact does not keep water out; and alternative approaches to minimise the issue. I will also introduce a technique we have recently developed to determine the built-in voltage in a functioning device via the application of rapid voltage pulses giving way to a more targeted approach to interfacial optimisation.

Dr Pablo Docampo (PhD Condensed Matter Physics, 2012) was appointed Reader in Chemistry at the University of Glasgow in 2020. This followed a Readership at Newcastle University and Marie Curie Intra-European Fellowship at the Ludwig-Maximilian University in Munich. Dr Docampo has published over 80 scientific publications and three book chapters and accrued over 17,000 citations with an h-index of 47. Some of his relevant notable achievements include: (i) first planar heterojunction perovskite solar cells based on organic contacts (ii) first perovskite LEDs in collaboration with the University of Cambridge and (iii) development of low-cost hole transporters based on condensation chemistry. Furthermore, he has a record of developing his work to a commercial level and has filed six patents, some of which are now a core technology for the start-up company Oxford PV who has begun to incorporate his innovations into some of their products.

The event is finished.