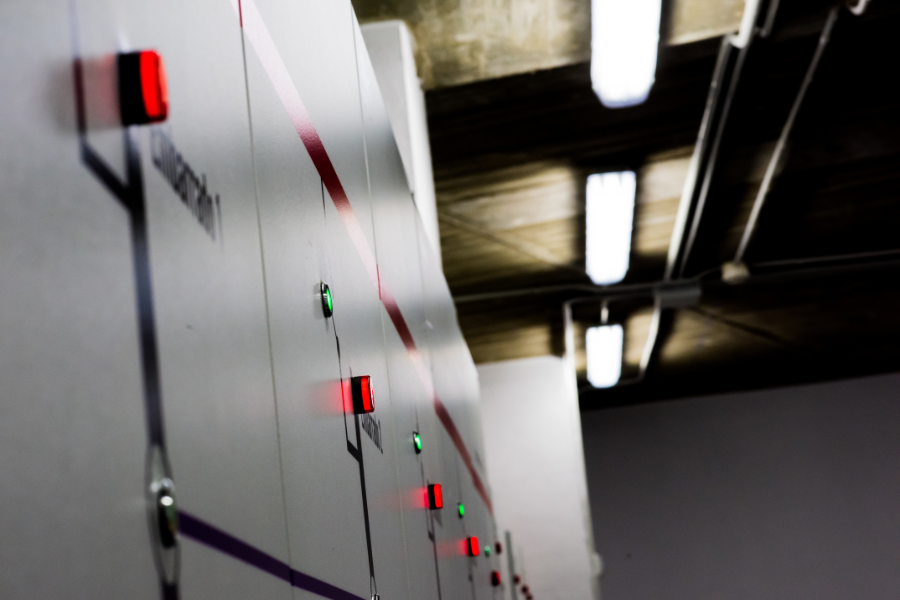 Power grids are complex and elaborate physical systems. The ability of maintaining all system variables, like voltages and currents, within their acceptable ranges is usually referred to as power grid stability. Grid integration of renewable energy sources and electric vehicles that use power converter interfaces for the grid connection exacerbates the task of analysing the networks and jeopardizes their stability. Electrical Systems Unit of IMDEA Energy have made some important advances with respect to modelling and stability analysis of electricity networks and microgrids.

In the past, analyses of power network stability were usually performed based on linearized, simplified, equations. This approach is computationally fast and accurate but does not account for the cases were the system parameters diverge significantly from their nominal values. For certain cases, more advanced mathematical tools should be used for the analysis and study of power systems with high penetration of power converters.

In the Electrical Systems Unit of IMDEA Energy, a novel methodology for studying modern distribution grids in the presence of multiple power converters was developed. This methodology is based on bifurcation theory, a mathematical theory that is derived from the field of dynamical systems. This theory assumes both qualitative and quantitative changes in a system, including its stability, when the system parameters change significantly. The analysis is performed using the complete mathematical models of the converters and the power grid, not the simplified ones.

An example of electrical distribution network

In this methodology all the system models are firstly mathematically derived. Then, important grid and converter parameters are changed and the stability limits of the system tracked and identified using specialised software. Finally, the encountered stability limits are experimentally verified in IMDEA Energy SEIL facilities.

The methodology predicts accurately the stability limits of the grid when important system parameters change. The results provide a guideline regarding the safe operating regions in power grids and the design of power converter control parameters, ensuring the seamless power delivery, even under adverse conditions.

In remote areas with limited access to power grids, microgrids are used to supply local loads from local power resources. Until now, diesel-powered generator sets have been used for this purpose. In recent years, renewable generation using power electronics converter interfaces has been increasingly used for the connection to local grids. These converters must produce a current of the same frequency as the grid, for which a synchronisation controller is frequently used. An alternative is to use a control that mimics the operation of conventional generators that use an implicit way to synchronise. These two strategies have been studied in depth for their application in conventional electrical networks and are widely used today. However, the frequency in microgrids can deviate significantly from its nominal value, making the synchronisation difficult. In addition, a large number of converters connected to a microgrid can give rise to interactions between their control systems potentially jeopardizing the microgrid stability. These interactions emphasise the importance of adequate system modelling and stability tools for the microgrids analysis.

Microgrid formed by a conventional diesel generator and a renewable source connected via power converter that uses the synchronisation control loop.