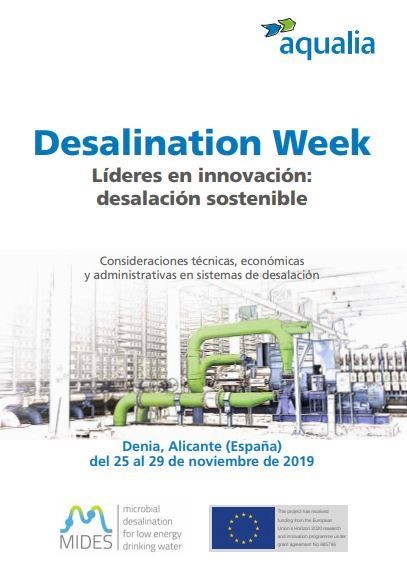 Enrique García-Quismondo and Julio J. Lado participated in the as part of the Desalination Week hold in Denia on 25 – 27 November. The Desalination Innovation School focused on current low-energy desalination systems in use in different parts of the world, and innovative approaches to creating fresh water with less impact and energy.

ECPU researcher, Julio J. Lado showed in his talk entitled “Water Desalination by Capacitive Deionization (CDI): Challenges and Prospects” the more relevant aspects of the CDI technology along with the recent developments that the ECPU of IMDEA Energy has developed in terms of scaling up this technology*. The Desalination Innovation School, a 2-day course, was aimed at providing a closer look at salt water treatment for master’s students and young professionals studying and working in water production technologies. The Desalination Innovation School took place at the Balearia facility in Denia, Spain, during “Desalination Week” to celebrate the launch of the MIDES project’s first demonstration site at the Aqualia Racons Brackish Water Desalination Plant in Denia. 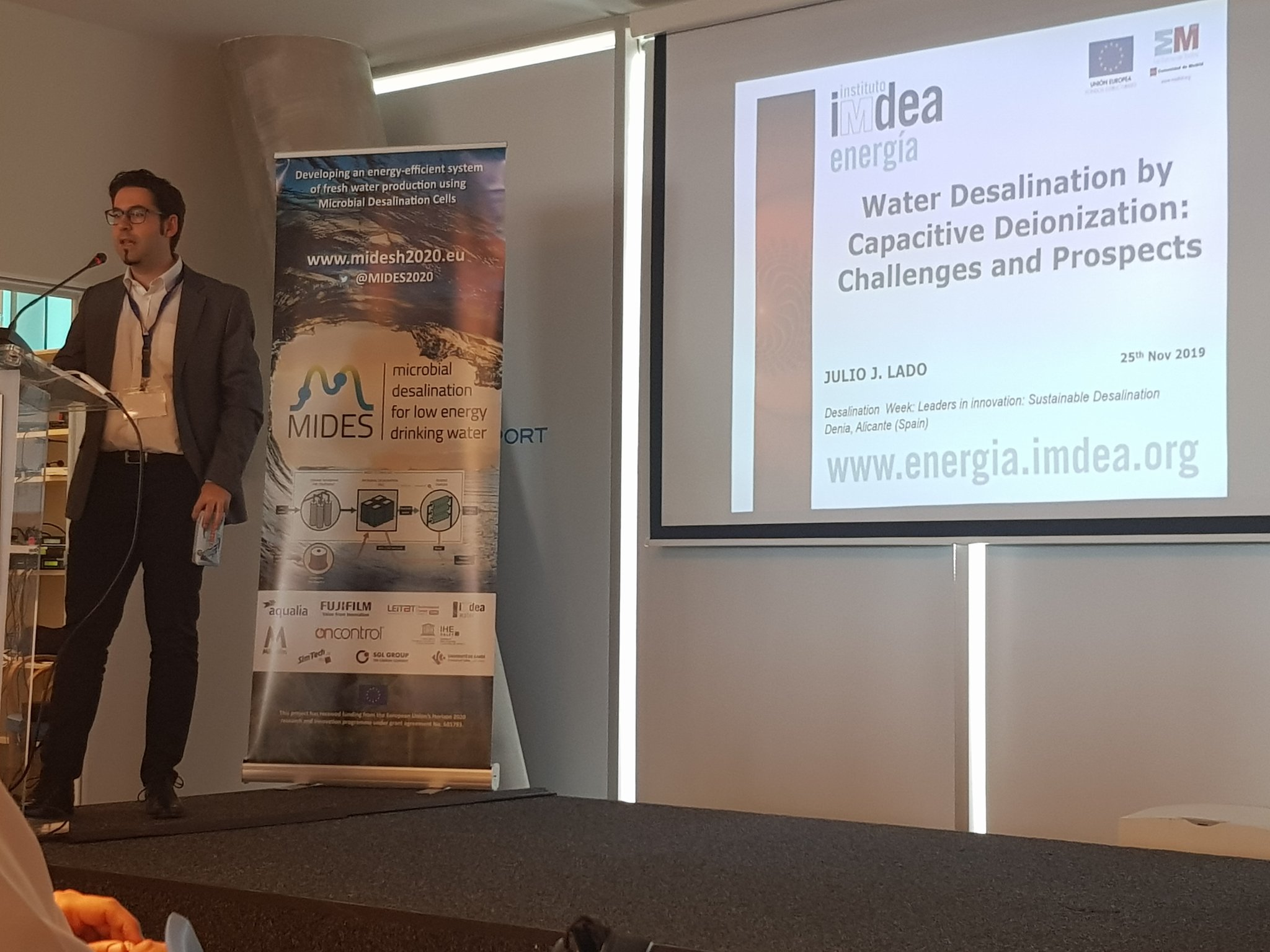 Really interesting presentations focusing on the reduction of energy consumption in the desalination process, valuable minerals recovery from brine, solar desalination and bio electrochemical treatment of waste water were delivered during the event. 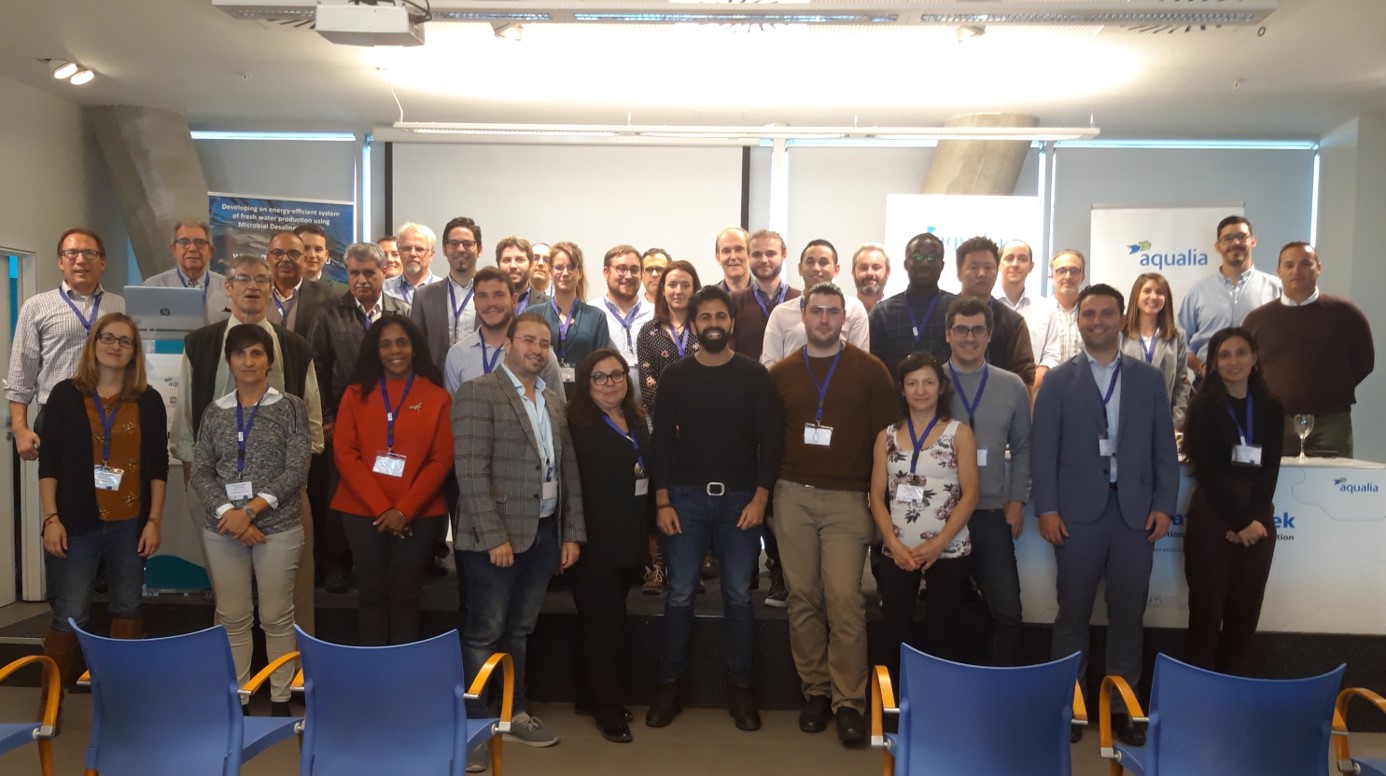 *More information about our research on scaling up CDI in our recently published paper: 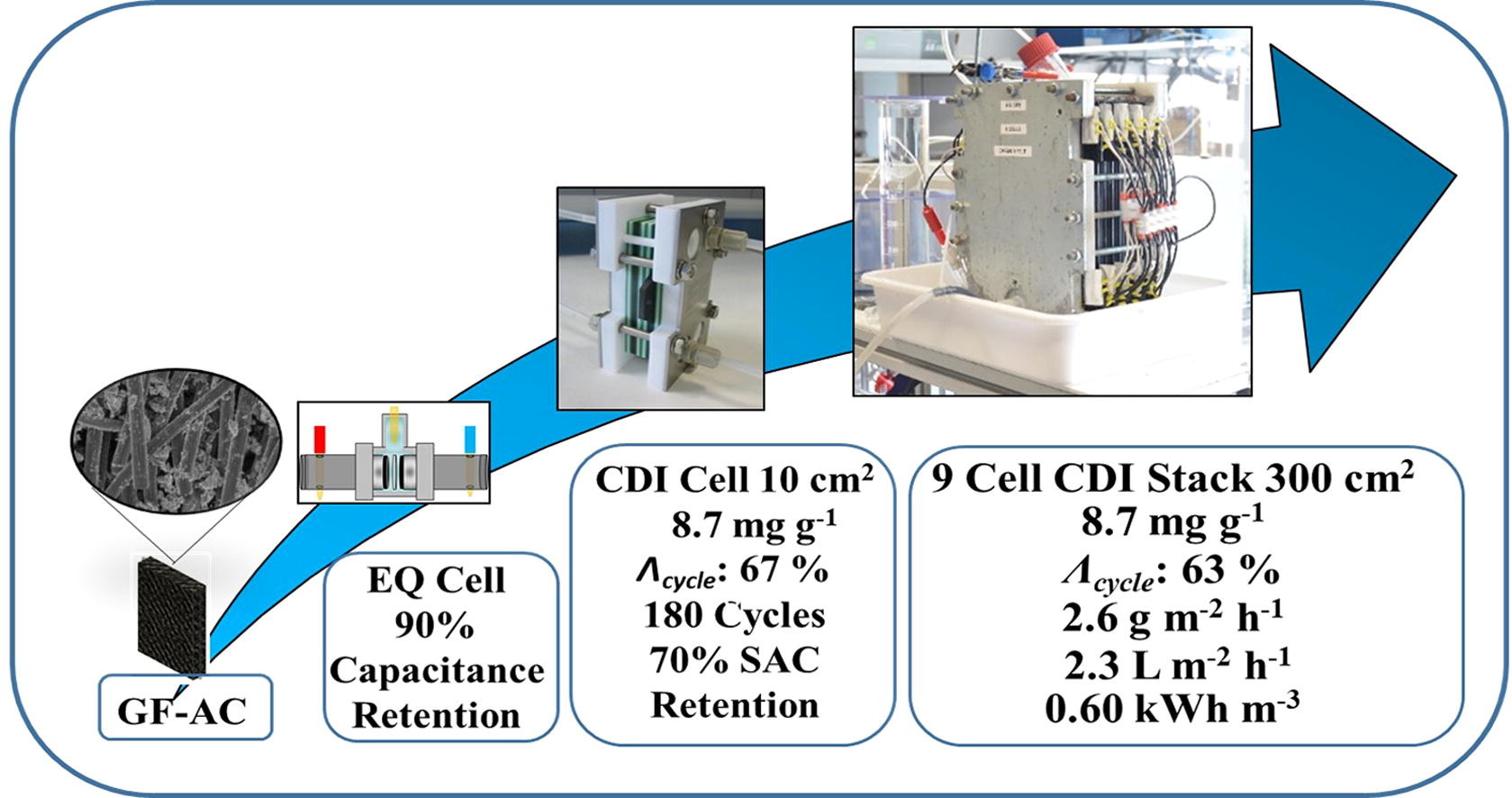 POLYSTORAGE-ETN aims to develop high quality training opportunities for 16 early-stage-researchers (ESRs) in the area of “Polymers for Next Generation Electrochemical Energy Storage”. The final objective is to train materials scientists who will be the future leaders to face some of the upcoming European energy and environmental challenges. POLYSTORAGE gathers together 12 beneficiaries (incl. 2 industries) and 11 partners (incl. 9 industries) POLYSTORAGE academic partners are internationally renowned for their research and training activities in polymer science (Univ. of Jena, Univ. of the Basque Country, Univ. of Leuven, Univ. of Pau, Aalto Univ.) and energy storage (Karlsruhe Institute of Technology, Uppsala Univ., Politecnico di Torino, IMDEA Energy, Nat. Inst. of Chem. and Deakin Univ.).

This project has received funding from the European Union’s Horizon 2020 research and innovation programme under the Marie Skłodowska-Curie grant agreement No 860403.

Researchers from Electrochemical Processes Unit in collaboration with Photoactivated Processes Unit of IMDEA Energy have recently published an interesting article about on Redox Microporous Polymers for Batteries in Advanced Functional Materials. We have developed a new anthraquinone‐based conjugated microporous polymer that is easy to disperse, enabling the fabrication of high‐quality electrodes tested as cathode for high performance lithium ion batteries. 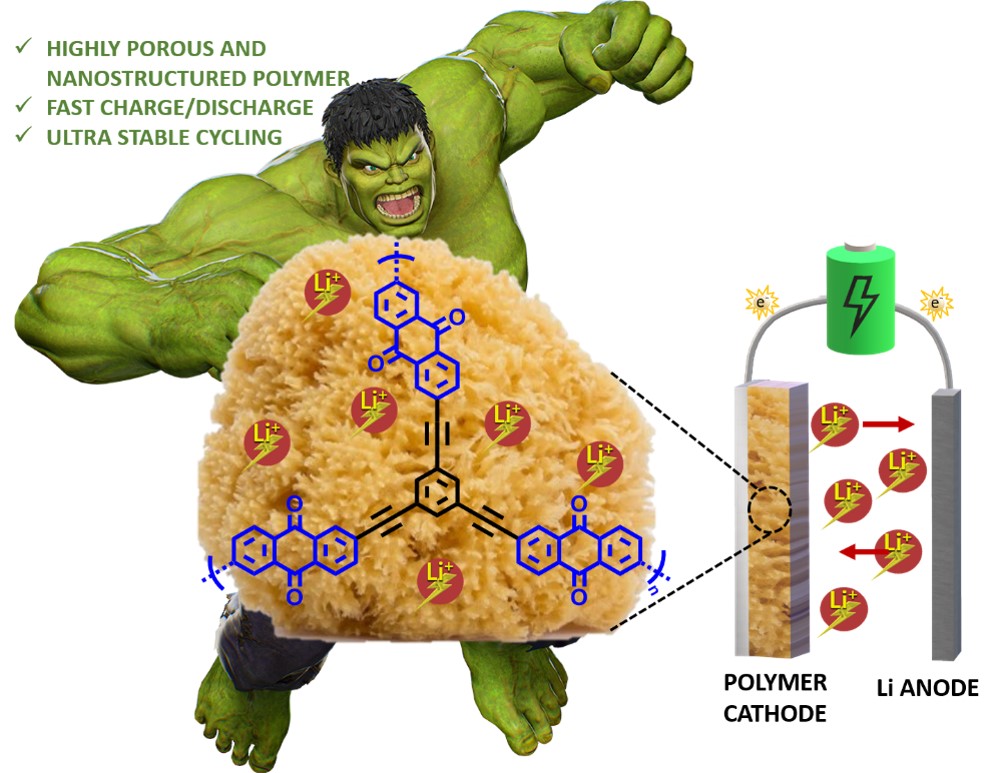 Read more about this interesting research in the following link:

IMDEA Energy has established a collaborative framework with Kreisel Electric

The Electrochemical Processes Unit of IMDEA Energy has established a collaborative framework with the Austrian company Kreisel Electric, which is specialized in the development fo electric vehicles powered by Li-ion batteries. 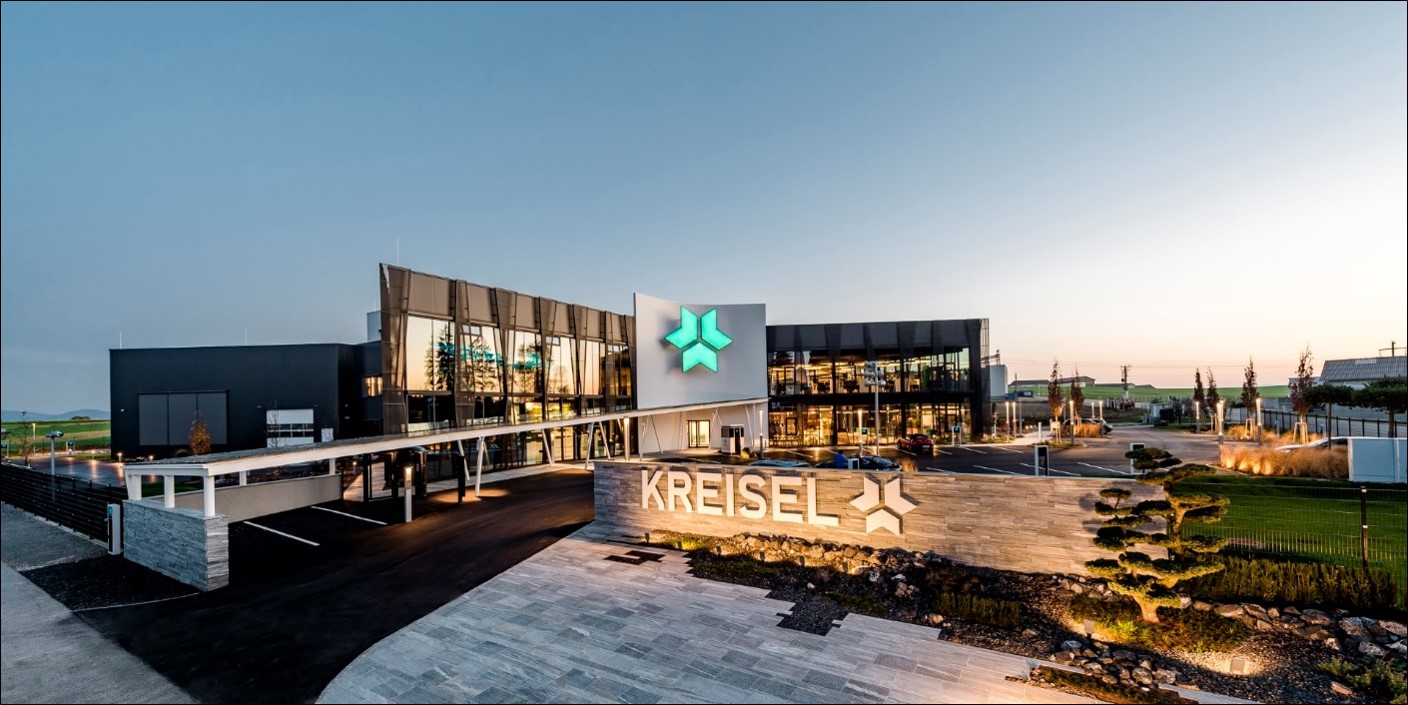 IMDEA Energy will provide its support in the evaluation of the state of health of Li-ion batteries, that are used in their electric vehicles by using the infrastructure and the know-how on this technology within the unit. 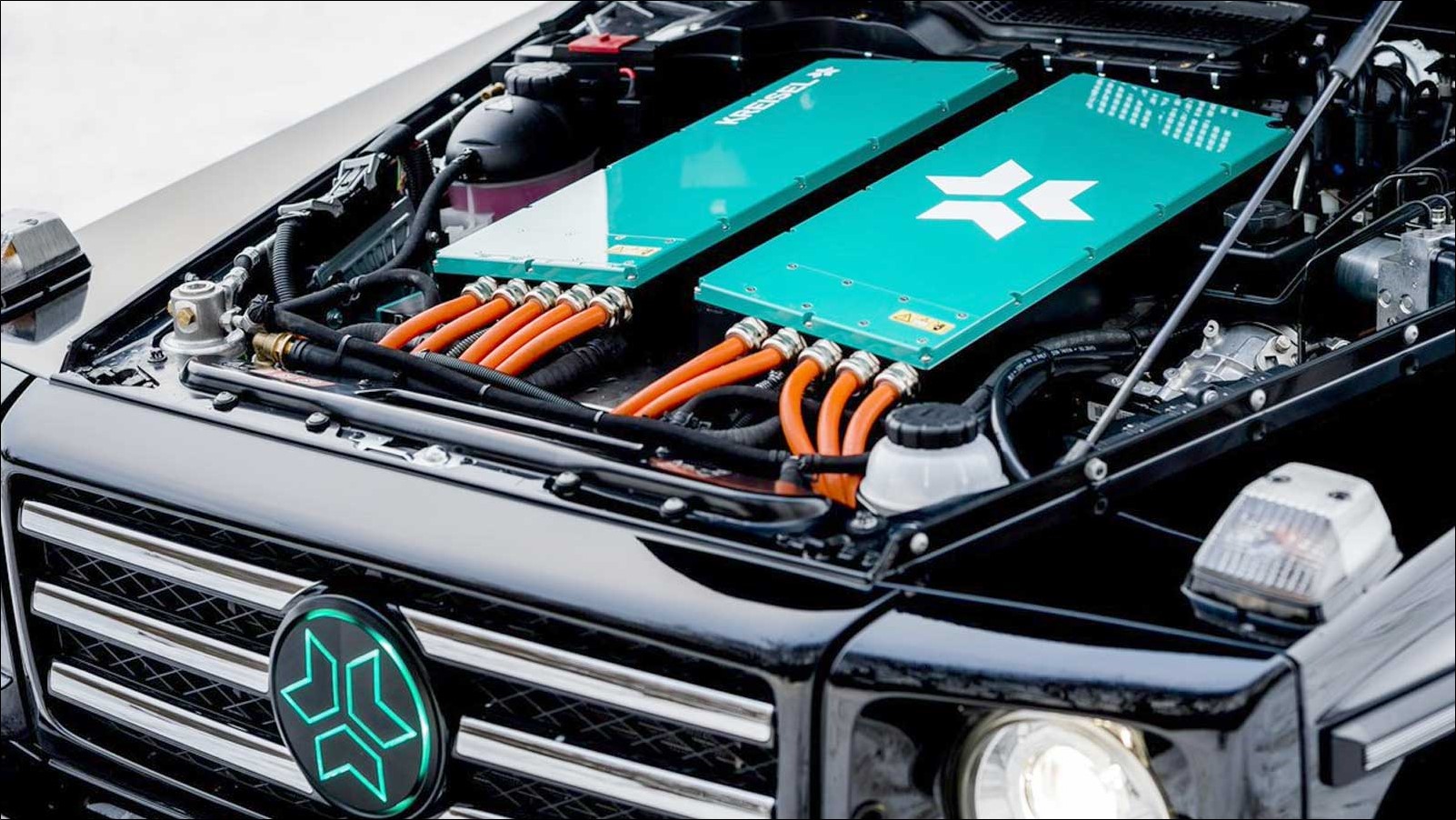 The Electrochemical Process Unit is looking for a motivated PhD student to join our team!

If you are interested please click on the following link to obtain more information about requirements and deadlines. 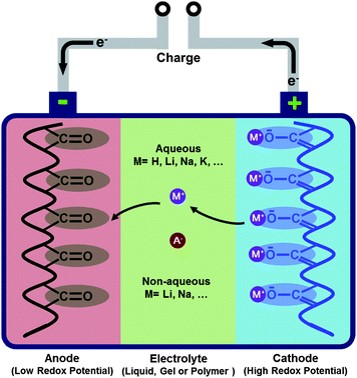